Sexual temptation has always been one of Satan’s greatest weapons against Christian leaders, according to Michael Todd Wilson, author of Unburdened: The Christian Leader’s Path to Sexual Integrity. This is even more pronounced since the advent of the Internet. “Actually, it’s perfectly tailored as a trap for the Christian leader,” he writes. “Who else has such privacy, time alone, lack of accountability, a presumption of integrity by others and isolation from close friendships than the typical minister?”

Unburdened is written to address this issue, especially since nobody is beyond this struggle. It’s not a book on how to combat pornography or sexual addiction, although it offers good advice and points to other resources. It’s a book about giving permission: “permission to work through our fear and internal resistance so we can simply take one single step in the direction of greater sexual integrity.” 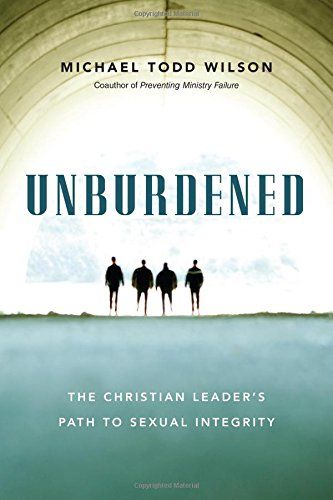 Wilson wrote this book after years of counseling men towards sexual integrity. He explains why sexual temptation is so powerful. He avoids using shame or guilt, and instead advocates for a grace-based approach, but one with disciplines. It begins with surrender, and putting safeguards in place. It continues with radical honesty, growth in emotional awareness, a relationship with God outside of ministry, care of our physical bodies, and growth in key relationships. “We will never become temptation proof, but with God’s help we can grow to become temptation-resistant,” he writes. It begins with the first step.

I’m adding this book to my arsenal, along with Samson and the Pirate Monks and Finally Free. I’d recommend Unburdened to any pastor who wants to safeguard or recapture his sexual integrity. It’s a helpful book on a critically important topic.