Some quotes from the chapter on failure in Creativity, Inc.: Overcoming the Unseen Forces That Stand in the Way of True Inspiration that apply to life and ministry as well as business: 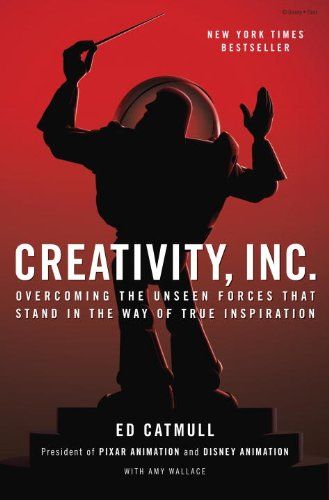 Be careful! when you don’t face problems. “It’s really strange,” I told him. “We haven’t had a single big problem on this film.” Many people would have been happy with this news. Not Steve [Jobs]. “Watch out,” he said. “That’s a dangerous place to be.” (Kindle Locations 1697-1699)

Reframe mistakes. “Mistakes aren’t a necessary evil. They aren’t evil at all. They are an inevitable consequence of doing something new (and, as such, should be seen as valuable; without them, we’d have no originality).” (Kindle Locations 1717-1718)

Fail early, fail fast. Quoting Andrew Stanton: “fail early and fail fast” and “be wrong as fast as you can.” (Kindle Location 1723)

Avoiding failure is failure. “Failure is a manifestation of learning and exploration. If you aren’t experiencing failure, then you are making a far worse mistake: You are being driven by the desire to avoid it. And, for leaders especially, this strategy— trying to avoid failure by out-thinking it— dooms you to fail.” (Kindle Locations 1733-1735)

Leaders set the pace. “If we as leaders can talk about our mistakes and our part in them, then we make it safe for others.” (Kindle Locations 1757-1758).

Playing it safe leads to death. “Being too risk-averse causes many companies to stop innovating and to reject new ideas, which is the first step on the path to irrelevance…To be a truly creative company, you must start things that might fail.” (Kindle Locations 1870-1873).