, and blogger. His blog, Reclaiming the Mission, has been a gift to me, and is one that I’d recommend to you as well.

David is also a great guy in person, and seems to visit southern Ontario quite often. He may like the wrong CFL team, but he’s still worth hearing. I’m grateful that David agreed to answer some questions.

There seems to have been a resurgence of the Neo-Reformed and Anabaptists at the same time. It’s almost like they’re parallel movements. What’s behind that?

If you ask me, this has to do with the cultural turning point facing the North American church. There’s a unhinging of sorts happening in North American culture where the larger culture is becoming unhinged from the Christian moorings of its past. One can easily see this happening in Canada, Europe and the northern United States. And so now we, here in North America, find ourselves in a “mission field.” We are forced to ask the question, how do we engage this newly secularized, even antagonistic-to-the-gospel, culture? How can we be faithful to God’s Mission in Jesus Christ? In my opinion, the rise of Neo-Reformed and Neo-Anabaptists comes from responding to this cultural shift. They can be interpreted as two parallel movements responding to this shift.

So I would say the “Neo-Reformed” group has responded to this shift by pushing for a purifying of the gospel. We’ve lost our way. We’ve given away the proclamation of the gospel in order to be relevant. And the church has declined. We need to restate it clearly and find ways to be present in that truth in our culture. This is a revival of past protestant orthodoxy (for some this is more towards Puritan thought than the Magisterial Reformation) for sure but it is more than that. It is an attempt to bridge that orthodoxy with a new sense of mission in the North American context.

In regards to the Neo-Anabaptists, I would say this group has responded by stressing a renewal of the embodiment of the gospel in local contexts. Here, we need to pay attention to the “witness” of the gospel in the rhythms of our everyday lives. There is a push to figure out traditional Anabaptist themes for today: themes such as a.) Community together for God’s Mission, b.) Discipleship, c.) the subversive yet non-coercive ways of service, reconciliation, and peacemaking in the neighborhood. The gospel is defined here more broadly than for many Neo-Reformed -– think Scot McKnight or N T Wright. We Anabaptists are more happy to accept the post-Christendom state of things. This however requires new modes of cultural engagement, listening, postures of humility. This is not the sectarian Anabaptism of times past.

So these are two different responses to the new cultural conditions in the West.

What can Anabaptists learn from the Neo-Reformed?

In my opinion, the strength of the Reformed movement is the seriousness with which they take the Scriptures, doctrine and belief. They push us to think about uncomfortable subjects like hell, the seriousness of sin, eternity and even the nature of the Bible’s authority. In my opinion these issues are extremely important for the new journey of faithfulness we are on. They should not be sloughed off. I might also add that the renewed focus on preaching and God’s grace is important as well. Although I don’t agree with many of my Neo-Reformed friends, I have learned a lot from them on all these things. Think Tim Keller and some things I’ve learned about preaching. Think John Piper and the nature of desire being shaped before God in worship. That’s good stuff.

What can the Neo-Reformed learn from Anabaptists?

Too many to mention (haha sorry ☺). But seriously, Neo-Anabaptism brings with it a serious critique and understanding about the ways the church aligns itself with power structures in society to therefore dilute and even neuter the gospel. We the church thereby become too easily co-opted by society instead of a transforming agent. I think the Neo-Reformed folks don’t get how much of their theology depends upon social constructs that don’t exist anymore for large parts of North America (could I have said that in an any more tactful manner?). I think Neo-Anabaptism pushes for integrity in our forms of gathering and being a people in the world for the gospel. Too much of Reformed ecclesiology is stuck in Geneva (could I have said that any less tactfully?). We need to think through a missional ecclesiology that takes seriously that the church is a witness to the Kingdom of God in Christ. The church is a sign to the world of where God is taking the rest of the world: the consummation of His Kingdom in Christ. This takes a way of being both in the world but as sent ones in the world. I could go on, but I might just write a book. 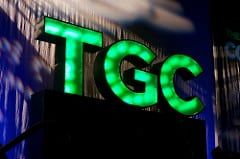 If you were invited to speak at a conference put on by The Gospel Coalition, what would you say to that group?

You live in Chicago, yet you seem to be a Canadian at heart. What made you so interested in Canada?

I grew up in Hamilton Ontario. I missed being born in Owen Sound, Ontario by 2 months! (when my parents moved to the States for 6 years) My grandfather founded the C&MA church in Ottawa and then ministered in Winnipeg. So I have a rich rich ancestral Canadian heritage in my family. Despite the fact that I have now lived the majority of my life in the U.S., I am not always comfortable here. The Empire mentality, the power posture of evangelicalism makes me ache. So my Canadian heritage is a gift because it gives me a unique perspective. And it also enables me to go visit all my friends in Canada on vacation every summer, hang in a Tim Hortons and think hockey in the off season.