Michael Bryant had everything: an impressive new job, two great kids, a marriage to a high achiever, a house in the nice part of town, an impressive resume, and all the right connections. It all unravelled one night in the space of 28 seconds. 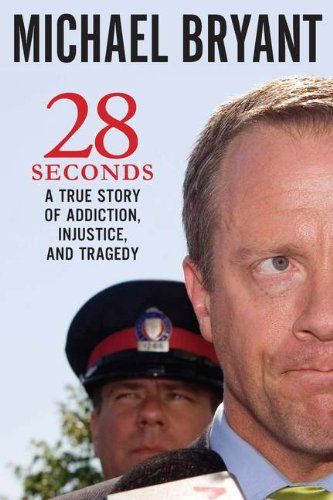 On the way home after celebrating his twelfth wedding anniversary with his wife, he was involved in an altercation with a cyclist that resulted in the cyclist’s death. Later, he was charged with killing him. Those charges were eventually dropped, but his marriage  ended. He lost his brother to a rare heart condition. He also carried the debt from funding his legal defense.

I’ve been reading Bryant’s book 28 Seconds, which chronicles his life and the aftermath of that tragic night. One of the most interesting sections for me is when he describes the ministry of a downtown church called Sanctuary. A stranger, Jay, began phoning and emailing Bryant, inviting him to have breakfast at the Royal York Hotel with some homeless people. Bryant eventually gave in. Bryant was impressed by Jay and his work “mediating, breaking up fights, escorting junkies to and from a downtown church [Sanctuary]; talking, listening, feeding, cleaning.” He met Greg Paul, the pastor, and learned about the ministry of the church, “a community of the homeless, of Rosedale scions alongside squeegee kids, of university students, and of hardened street soldiers.”

As Bryant left, he overheard a conversation Jay had with someone. They were unaware that Bryant could hear them. “Yeah, he’s really hurting…you know how it is…Slowly…Came yesterday…but he’s getting better.”

I’d fallen for the oldest charity trick in the book: thinking that I was offering charity to others, in helping Jay Barton, while the opposite was true. He and all the people at the Sanctuary were helping me, bringing me back to life, to connection with other human beings, to my own humanity.

28 seconds is all it takes to level any one of us and to remind us that we’re not that different from anyone else. It’s the reminder I need to remind myself that I dare not see myself on a different level from anyone else, junkie or millionaire. In the end, there’s no difference. The junkies need Jesus. So does Bryant. So do I.