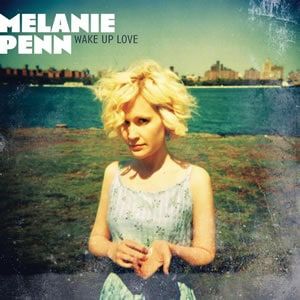 I don’t do a lot of music reviews at this site, but that doesn’t stop me from recommending a good album when I find it.

Melanie Penn is on staff with Redeemer City to City in New York City. I’ve heard her sing before, particularly at the Dwell Conference in NYC a couple of years ago.

I got to meet Melanie this week. Turns out she’s just released an album and it’s excellent. She’s not only a great singer but a songwriter as well.

Here’s a review by someone who knows a lot more about music than I do:

Composed mostly of originals, Wake Up Love is a fun, well-arranged pop gem. Produced by Ben Shive (who has also worked with Sara Grove), it has a stellar cast of musicians on board, including Ron Block of Union Station and Andrew Osenga (both of whom I’m an adoring fan). The arrangements pull conceptually from a whole host of singer/songwriters – a dash of Sufjan Stevens, a heaping scoop of Paul Simon, and references to Sixpence None The Richer, Over the Rhine and Emmylou Harris.

It holds together very well, and through it all Melanie’s airy, pure and beautiful voice shines. The amount of detail in the arrangements lend themselves nicely to headphone listening, and doesn’t wear you out. The front half of the record has some of the more adventurous ideas, like “Wake Up Love,” with it’s Russian dance breakdown near the end, while the second half gets a little more intimate and straight-forward. My personal favorites are “The Wind” and “Train” – a great take on the classic Americana theme of the railroad.

Definitely worth checking out. I know I’m enjoying it. It’s playing right now.

Find out more at MelaniePenn.com, or Melanie’s MySpace page. Or just buy the album at Amazon or iTunes.