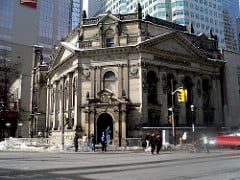 We even got to visit with Stanley. Not the best picture but it was a cool moment. Besides the photographer we were all alone with the Cup. 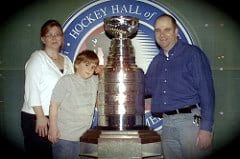 We also got to meet Ron Ellis, who won the Cup with the Leafs in 1967. The Leafs haven’t won since. As we often say, there’s always next year.