Last Saturday, we went on a quest to find my Dad’s birthplace. In all my trips to London, it never occurred to me to look. Where to start? His birth certificate gave us a clue.

30 Queen Street, Whitechapel. According to the registrar who recorded Dad’s death, Whitechapel has changed its name to Tower Hamlets. It’s a thoroughly working class neighborhood, once roamed by Dick Turpin, Captain Cook, Jack the Ripper.

We figured that the Whitechapel tube station was the place to start. 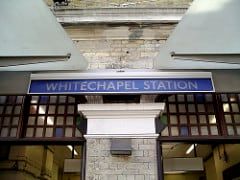 Things looked promising when we came out of the tube station. It’s just the sort of place you could imagine Dad being born: working class London.

The only problem is that there is no Queen Street in the area. There might have been back in 1921 when he was born, but there wasn’t back then. We found a store that sold a detailed map of London with every street listed, and bingo – there was Queen Street, just 2 miles west.

We hopped back on the Tube and this is what we found just steps from St. Paul’s Cathedral and Mansion House Station: 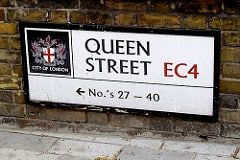 Could this be it? Down the road to find out. Here’s what we found at number 30: 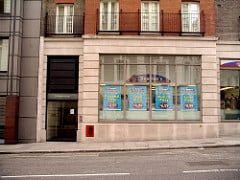 My Dad was born at a Domino’s?

Maybe not. Above the Domino’s is a nice set of flats: 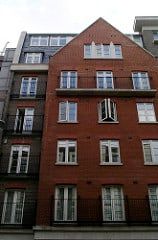 Who knows how old this building is, or what it was like 85 years ago. In some ways, it fits. It’s close to the Thames, which would allow my grandfather Thomas to do his fish curing work, as noted in the birth certificate. Still, it’s not really in Whitechapel, although maybe the boundaries have changed.

Afterwards, we headed out when we discovered one more clue just down the road: Fishmongers Hall. 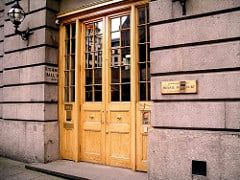 Just did a quick Google search and discovered: “The present Fishmonger Hall dates from 1834.  The company still fulfills its original purpose.  All fish sold in the City must be  inspected by officials of the Company.” Not hard to imagine a master fish curer living close to the docks and to Fishmongers Hall.

I have no idea whether or not we found Dad’s birthplace, but we probably have it down to within a few miles. Kind of cool to imagine what life might have been like for my Dad so long ago. We may do a little more research and try to solve the mystery later.