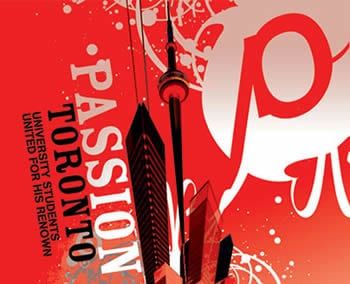 Tonight we joined a couple of thousand university students at the Ricoh Coliseum for Passion Toronto. Nobody in my family is a university student, but between us it almost balanced out so it was okay. I know a lot of prayer went into this event. It was clear that it wasn’t just an American group breezing in for a concert. They did their homework. Louie Giglio quoted from a sermon that was preached at Toronto’s centenary celebration, which took place in the very same location some eighty years earlier. I need to get the exact quote somehow, but it was on the role that Toronto could play spiritually not just in Canada, but globally. I looked around and got excited about what could happen if God sparked something in that group, if it became more than an event or a concert. We’re home early because we took the kids but I’m praying for what’s still going on at the Coliseum. Update: Other bloggers talk about Passion Toronto.